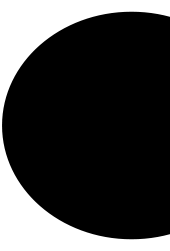 Brenda Tracy’s story has circulated in team meeting rooms, newspaper articles and television clips consistently since she came forward in 2014.

And in that time, she’s reached thousands of athletes, coaches and sports fans — educating, engaging and inspiring them to join the fight against sexual and interpersonal violence.

In 1998, Brenda survived a brutal gang rape by four college football players. Two of whom played for Oregon State. She took several steps immediately after— visited a hospital, made a police report and hoped to see justice.

Unfortunately, like with so many of these cases, that didn’t happen.

Brenda moved on with her life, having to deal with the life-altering trauma on her own, while her rapists moved on with little consequence.

In 2014, she connected with a local reporter and decided to step forward with her story publicly. From that moment, things changed significantly for Brenda. Her story touched so many and opened eyes across the country.

By 2016, she started traveling the country to meet with various college football programs. She shared her story and what she envisioned would be the solution to ending the kind of violence that she’d endured all those years ago.

While we are often quick to point out that men are the problem when it comes to sexual and interpersonal violence, we rarely talk about them as the solution. Brenda decided it was time to start having that discussion.

“I believe if women alone could stop sexual violence, we would have already done it,” Brenda said. “Violence against women and marginalized communities is a men’s issue and it’s time for men to get involved.” So, she worked with young men about their roles in stopping sexual violence.

As she shared her story and mission, it was clear that some programs and coaches were setting the expectation that sexual assault and interpersonal violence would not be tolerated and others were not. Some coaches were even actively recruiting and retaining violent offenders on their teams.

In an effort to get all of these programs and coaches on the same page, in 2017, Brenda launched the #SetTheExpectation campaign. It started simple enough – a paper pledge accompanied by a hashtag asking coaches to set expectations with their players about harmful behaviors – such as rape and stalking.

Stanford Football and Penn State Men’s Basketball were the first to sign the pledge, and from there, a grassroots movement was born.

To keep up with growth, the #SetTheExpectation campaign also became Set The Expectation, a 501(c)3 nonprofit. And what started as a one-person journey for Brenda, became a mission driven journey with a team devoted to making a difference.

To date, thousands of athletes across 100+ college campuses have heard Brenda’s story. As a nonprofit, we have assisted our campus partners in raising over $40,000 for community agencies serving survivors. More than 500 STE events have taken place and 52,000+ pledges have been signed. Our reach has expanded beyond sports to campus Greek Life and the Corporate sector, and we stand proudly as one of the groups who pushed the NCAA to adopt a Campus Sexual Violence Policy.

Our impact and message of “men as the solution” has changed the landscape of college sports and resulted in our founder, Brenda Tracy, being named as one of the most powerful women in sports by Sports Illustrated in 2020.

Unfortunately, 2020 also came with the Covid-19 pandemic, and the world came to a screeching halt. College campuses were shut down, sporting events cancelled, and in-person work was no longer allowed. It was during this time that our team decided to reflect on our goals and vision for the future.

We needed to make sure that our mission and our message could survive without us being on the ground doing in-person work. So, with a renewed focus and intention to make an even greater impact, we rolled up our sleeves and decided to focus on the following four areas:

Advocacy –  Shifting attitudes and beliefs around issues of sexual and interpersonal violence requires reaching and educating Americans on a national scale. Whether it be through social media and campaigns, in-person events, STE games, or PSA announcements we are committed to advocating for survivors and fostering communities free of sexual and interpersonal violence.

Community Outreach – We believe in the power of sport to transform communities and through the Set The Expectation Champions initiative we are partnering professional athletes with community agencies who serve families and survivors of sexual assault and domestic violence. Founded by Set The Expectation NFL Ambassador, James Smith-Williams, the Champions pilot program is launching in Washington, DC and we have plans to scale nationally and internationally.

Education – As an organization that has worked with tens of thousands of young people, many of them men and male athletes, we have a unique perspective on how to effectively engage in gender-based violence prevention education. With our first-hand experience and the assistance of expert consultants, we are developing a digital learning platform for high school and college aged students and athletes that covers topics such as trauma, consent, victim blaming, healthy manhood and more.

Policy – Setting expectations through policy is one way to create safer cultures for everyone. The NCAA Campus Sexual Violence Policy mandates that all member schools must be ready to attest to due diligence requirements for athlete histories beginning in the 2022-23 academic year. The Tracy Rule, which is the most comprehensive serious misconduct policy in the country, meets all compliance requirements of the NCAA Campus Sexual Violence Policy. We have already seen successful implementation of The Tracy Rule at University of Texas at San Antonio and we are ready to help other Universities and athletic conferences with adoption and implementation.

We are hopeful for the future, passionate about our work and grateful for your support!